What is the Elven World?

There are universes beyond this dimension. There are beings you cannot see with human eyes.
It is not possible to express in the third dimension where we are now, the actuality of the fourth, fifth or any dimension beyond. 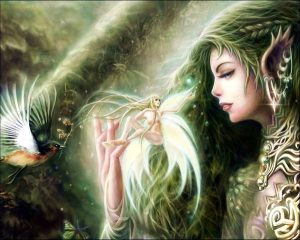 In other words, in this moment from where you stand, there are sounds you are not hearing; there are lights you are not seeing. There is music played, dances danced and ideas espoused that are beyond the human ability to see, hear taste or touch.

This is where the Elven Other World exists – in dimensions beyond and in the same moment as now. 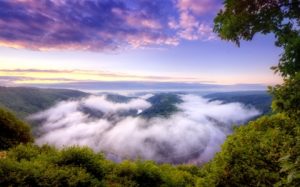 For those who seek a more scientific explaination: In our third dimension, time is only forward and backward: future or past.  “Now” in the third dimension is like 0. It is a concept that is devoid of time/space, location or definition since it always. When it is not – it is either past or future.

Every thought ever thought, every potential existence not manifested here on this Earth, does exist and can be perceived in a multi-dimensional universe. What we have called imagination or dreams may be a portal to multidimensional worlds.

To all those who have been rejected for glimpsing this Other World; the Fae Elven all Other Kin and their many songs, I hope you can understand that people are often afraid of what they can’t see.

Many are aware and feel vibrations and telepathic messages, while others perceive in sight or still others have no awareness of the wonderful beings right before our eyes who are our family, our ancestors, and all life that is not visible to the human eye. We are better able to understand ourselves when we accept this broader view of our whole, multi-dimensional self. And for those who do not understand this, it is our responsibility to teach peacefully, what this wonderful world is and what it has to offer perceptually. Remember all that you create in your mind does exist, in some dimension. So imagine peace.

For those of you who are interested in your Celtic heritage, and particularly the Celtic pantheon, this story is a wonderful place to begin, because the mythology (including gods, goddesses and otherworldly beings) will entrance you and teach some of the ways of what has been called magic in the human world, but is a way of life for those of us who see beyond. All of the beings in this book:  Celtic gods and goddesses, archetypes of our mythical heritage, are written in the original Gaelic. You will meet them in the Preface, below and see images of the characters to learn more about them.  Or you can read about each one by visiting the tab on this site, “Tuatha de Danann Celtic Gods and Goddesses”. Learn more about the Elven whose heroism is told in this story.

Possibly you remember learning the legends of the  Greek and Roman gods and goddesses in school. Well, now you have the opportunity to connect to your Celtic heritage and continue the beautiful series and legends of our people in the mystical world of the Elven and the Fae.

This story begins where ancient Celtic legends end. It is the story of legendary people set in our modern age and is an allegory for life in our time, with each of the characters the ancient Tuatha de Danann, god and goddesses or heroes and heroines. The Tuatha de Danann and many other magical “invisible people” are who we refer to as the “Elven and the Faery”.

Elven and the Fae people, live in another dimension “the Other World or Tir an naOg”, in civilization deep within the recesses of planet Earth. Though the reasons aren’t fully understood when the story begins, they have become trapped and are shrinking in size.

Lugh sets off to discover the cause and return the “magic” to his people.